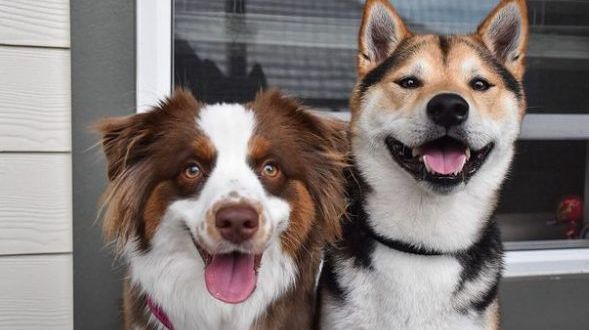 Humans weren’t the only ones separated from their loved ones in 2020.

Two dogs reunited after spending a year apart due to the pandemic lockdown. Jawa, a Shiba Inu, spent months apart from his “girlfriend” Eevee, an Australian shepherd. But when the pair saw each other, it was puppy love all over again.

In footage captured by his owner, Jawa was sitting on the porch of his Orlando, Florida home in June when a car pulled into the driveway.

“Who’s here? Who’s that? Is that Eevee?” the owner asked from behind the camera. “Is that your girlfriend? Who’s that?”

As soon as Eevee exited the car, Jawa totally lost it. He rushed inside and toward the entrance of the home. When the door opened Eevee was already there, tail wagging in excitement. The two dogs then nuzzled each other’s noses with glee.

“She knew exactly where to go!” Eevee’s owner said.