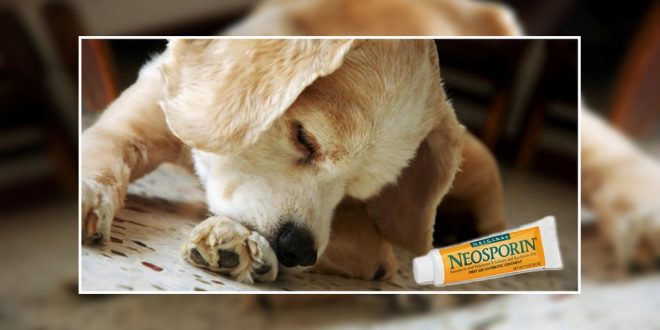 Neosporin And Dogs, Can They Go Together?

Due to their activeness, dogs usually have cuts and injuries on their bodies and as concerning dog owners, we usually seek something to stop the bleeding and sterile the wound.

However, not all of us have a cabinet of dog medicine for such situations so we often make do with our meds. Among those, the most popular one for such a situation would have to be Neosporin.

The question is, is it safe for dogs? Is it necessary? As far as this article concerned, we will try to answer those questions for you.

1. But first, what is Neosporin? 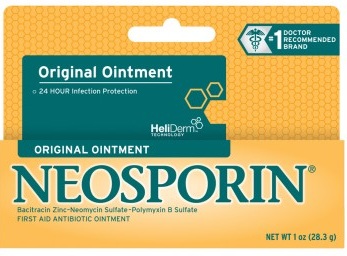 It is the brand name of an antibiotic ointment containing acitracin, Neomycin, and Polymyxin B, which are specialized in treating bacterial infection. Since first coming into the market in the 1950s, it has earned quite a reputation and is the first thing that comes to mind to people to treat minor wounds.

It is commonly used to prevent minor cuts or injuries on the skin from bacterial infection by creating a physical layer between the wound and the outside environment to stop the bacteria from getting in and with its effect, kill the bacteria as well. It is also believed to help speed up the healing of the skin. It has no power on fungus and viruses, however, just like Gandalf in Théoden’s palace.

Not every human’s medication can be used on your pet but in this case, the answer is yes. It has the same effect on dogs as on the human skin.

However, another question is raised: is it necessary?

Since the ointment can only treat small wounds, in most cases, its healing effect seems to be unnecessary since dog skin heal much faster than that of humans, though it won’t hurt to apply some. However, keep in mind that in Neosporin is only designed for small wounds so if your dog’s cut is deep and it’s bleeding heavily, you need to apply a bandage and rush your dog to the vet. Neosporin, in this case, will be as useless as Batman in the fight with Doomsday in Dawn of Justice the movie. 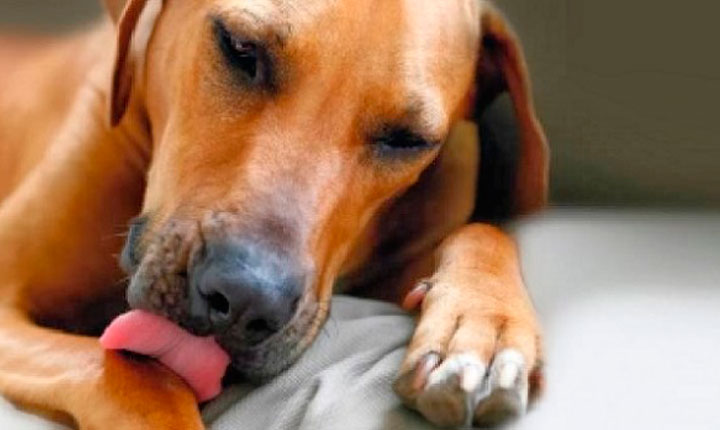 Dogs tend to lick their wounds to prevent infection so if you do not cover up the wound with Neosporin, your dog’s digestive system will be exposed to the substance and its safety to the dog’s health should be concerned.

The answer is yes. Neosporin and other antibiotics could cause dangerous side effects including gastrointestinal upset, vomiting, diarrhea, skin lesions, seizures, and even liver and kidney damages if ingested so you should consider covering up the wounds covered by the ointment so your buddy won’t have any unfortunate accident.

Another way is to use an alternative medicine that is harmless to your dog or easier, don’t use it at all since using medicine is not mandatory for dogs with minor wounds.

If you suspect an infection in your dog’s eyes, reach for plain saline solution and a cotton ball first. It is likely that the infection is caused by irritants that got stuck under the eyelids or in the corner of the eyes; Neosporin could be irritating in this case so applying the salve could make the situation even worse. Before applying Neosporin or any antibiotics to your dog’s eyes, you are recommended to get your vet’s approval first.

Ear infections in dogs could be caused by parasites, plant sensitivity, or trapped water in the ear canal and you need to identify and remove the cause before you can use the ointment in your dog’s ears.

The dogs’ paws are the most likely to come into contact with their tongues so if you want to use Neosporin on their paws, you need to be careful, even with a very thin coat of the drug, you should do the washing and bandage regularly. Also, like the ear infections, you should isolate the cause before going for the treatment.

Do Dogs Suffer From Depression And Anxiety As Humans?