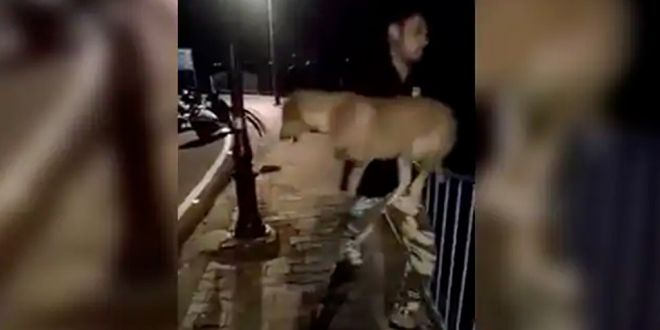 The video of a man throwing a dog in a lake has gone viral on social media. Users who shared the video on the internet claimed that the video has been shot on the banks of Bada Talab in Bhopal.

After the video went viral on Sunday, police have registered a case. A man, in his twenties, can be seen picking up one of two dogs roaming near him and throwing it into the lake and giggling as he looks at the person shooting the video.

A song from Hindi movie Commando 3 can be heard in the background in the video. Bhopal Deputy Inspector General of Police Irshad Wali has taken cognizance of the video.

Additional Superintendent of Police Ramsanehi Mishra said that a case had been registered under Indian Penal Code section 429 (mischief by killing or maiming any animal).

He said Shyamla Hills police were probing the case and the location of the accused had been traced, though he refused to share further details.

Mishra also said it seems the video was shot at Boat Club Road of Upper Lake. Netizens who have been sharing the clip have been expressing anger at the incident and have sought quick action From police to nab the culprits.