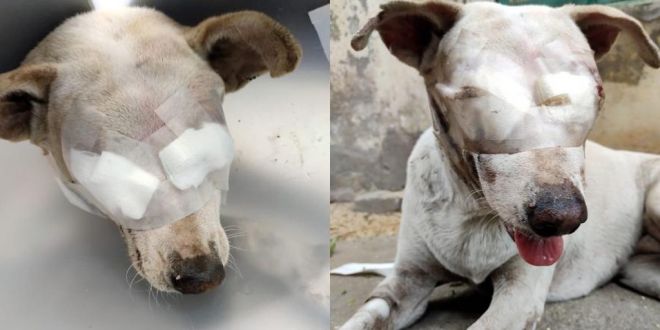 A female stray dog in Chennai’s Arumbakkam lost both her eyes after a mentally unstable man attacked her with stones. The doctors have surgically removed both her eyes, following which animal welfare activists and police have taken efforts to get the man admitted to a home for mentally challenged.

The incident took place at around 2 AM at MMDA Colony when a resident who regularly fed the dog alerted the Animal Welfare Board. Speaking to TNIE, P Ashwath, a volunteer with the group said, “The female dog was traced and rescued on the same day. While one of her eyes had fallen off, the other had popped out and was decaying.”

While the dog recovered, a police complaint was lodged at Arumbakkam police station. A case was registered and the person who attacked was traced at Choolaimedu.

Inquiries revealed that he was mentally unstable. Later, Ashwath and police personnel contacted a few NGOs and got him admitted to a home. His family members have been alerted about the incident.

The police said that the man was unmarried and had been living alone.

The dog is said to be doing fine and is up for adoption, said Ashwath who is fostering her at the moment at his house in Kodambakkam.

“The dog is old and needs special care as long as it lives,” said P Ashwath