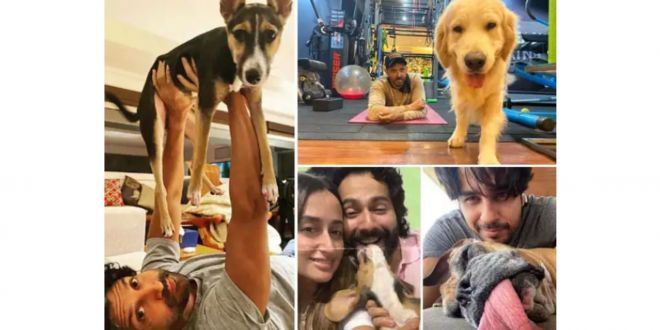 Like all good people, many of our Bollywood stars are in love with man’s best friend. They adore, respect and take care of their pet dogs and treat them like members of their family. On Father’s Day, we catalogue a few dog daddies of Bollywood. Take a look!

Khiladi Kumar has previously been a father to two German Shepherds, Okie (who died in 2014) and Cleo. Okie was 14 years old when he took his last breath. That’s not all – Kumar has also been a dog daddy to four pugs.

While we don’t get to see Ranbir Kapoor’s pet dogs often on account of the fact that he isn’t on social media, what we do know is that Kapoor is a dog daddy to two dogs, an English Mastiff and a French one. They’re called Lionel and Nido. We get to see glimpses of them on Alia Bhatt’s Instagram.

Varun Dhawan recently took a step towards fatherhood when he brought a beagle home. He has named the puppy Joey.

The ace filmmaker and actor has been a dad to a Beagle, named Zen. He also is a dog daddy to Jimmy and Tyson.