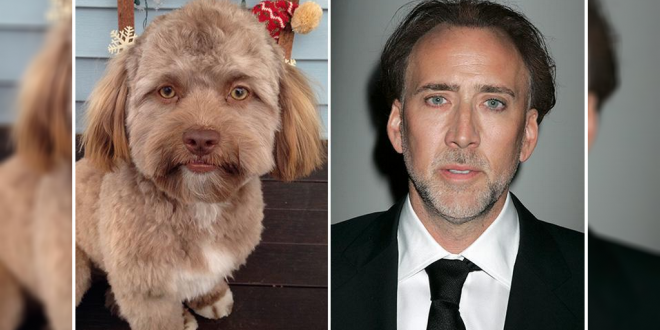 Dog With A Human Face Has Broken The Internet

Have you ever heard of a dog having a human face? You’re in for a surprise!

Recently, a picture of a one-year-old domestic dog breed “Shih-poo” went viral on twitter for having human features. The picture was posted by Ellie Hall ‏with the caption, “This dog has a human face”

The picture received over  3.2K re-tweets and 12K likes at the time of writing this article.

Check out some of the funny picture here

THIS DOG HAS A HUMAN FACE pic.twitter.com/nEmQ6ZgJcZ

That dog is Topher Grace pic.twitter.com/FA1pKliqCF

I think it looks like someone else closer than Jake Gyllenhaal, but I can’t figure it out pic.twitter.com/bSv34JcWwy

SOMEONE GET A DNA TEST STAT pic.twitter.com/ccDesVPXI0

Wow really does & strangely reminds me of #PaulRudd not sure why but does😯 pic.twitter.com/4p8hXAvxyz

Do you think this dog looks like a human? Share your thoughts with us in the comments below!

How Much Do Dog Owners Need To Spend For Sending Their Dogs To Dog Shows?

How Much Does A French Bulldog Weight?