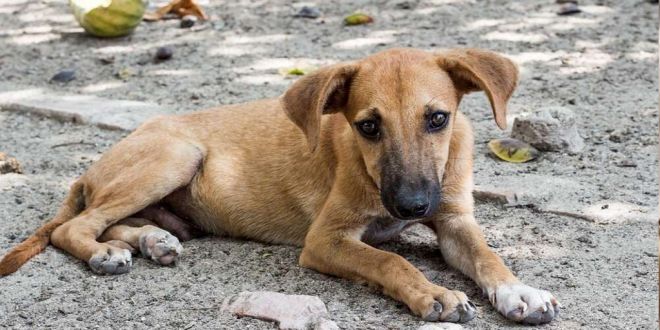 Dog Death in Noida: Confusion Mounts After Chinese National Gets Attacked by Residents for Feeding The Animal

Confusion prevailed over the death of a stray dog, about 10 days after a Chinese national who used to feed the dog was attacked allegedly by a resident of the same society, ATS Green Paradiso, Greater Noida, for feeding the stray.

The residents of the high rise have alleged that the dog was killed while the police claim that the animal died in a road mishap.

A police officer told IANS that the dog had not been killed. “We have footage. A lawsuit has been registered in this regard which is under investigation. The evidence that has come to me shows that the dog was not killed, but died in a car accident. I also have the CCTV footage of the incident.”

“The dog was sleeping on the road close to the society when suddenly a speeding car crushed the animal under its wheels”, the officer added.

However, Kaveri Rana, president of Greater Noida People for Animals, told IANS that the dog did not die in an accident. The autopsy report shows that the dog had badly damaged internal body parts. If it had died in a road mishap, the body must have had external injuries, which was not the case. On Saturday, the dog was kept locked in the building overnight, she added.

Rana said that when they saw the body, it was completely covered in blood. There was bleeding from the dog’s nose and mouth. There was blood in the lungs.

Rana said they had also received a forward message from the secretary of the society, in which he has said that 5 to 6 dogs have been turned out so far while one has died.