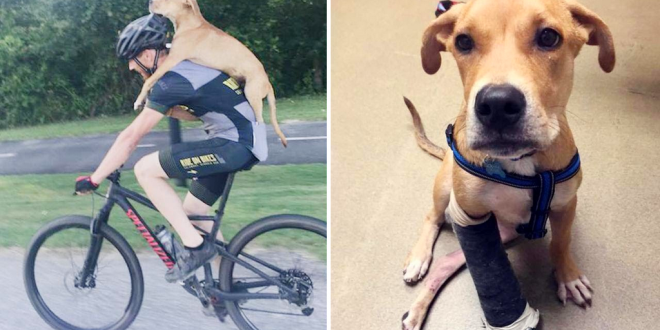 A mountain cyclist,  Jarrett Little, helped an injured stray dog by carrying him on his back. The dog was hit by a car and left injured on a street in Columbus, US.

Jarrett found the dog when he was riding with a group of fellow cyclists in the woods near Columbus, Georgia. He spotted the dog by the woods.

“We stopped to regroup and he came out of the woods to greet us. He was really thin, ribs showing and had a lot of road rash and a broken leg,” said Jarret to CBS News

They say the odds of winning the lottery are one in a million. This pup was the winner this week. Amazing series of fortunate events. #adventuresofcolumbo

They fed some biscuits and water to the dog. He was worried that if they left the dog alone, he won’t survive for long. Jarrett decided to take him to his town. He carefully placed the dog on his back and rode his bike.

Once they arrived in Columbus to search for help, he and the pup met a woman, Ms. Andrea, who took an interest in him. As they started talking about the dog and how Little had carried him on his back from the woods.

The woman decided to keep the dog and get him checked out medically.

“She paid for him to have his leg repaired with surgery and found an organization that could help get him back to Maine to live on her horse farm,” Jarrett said. 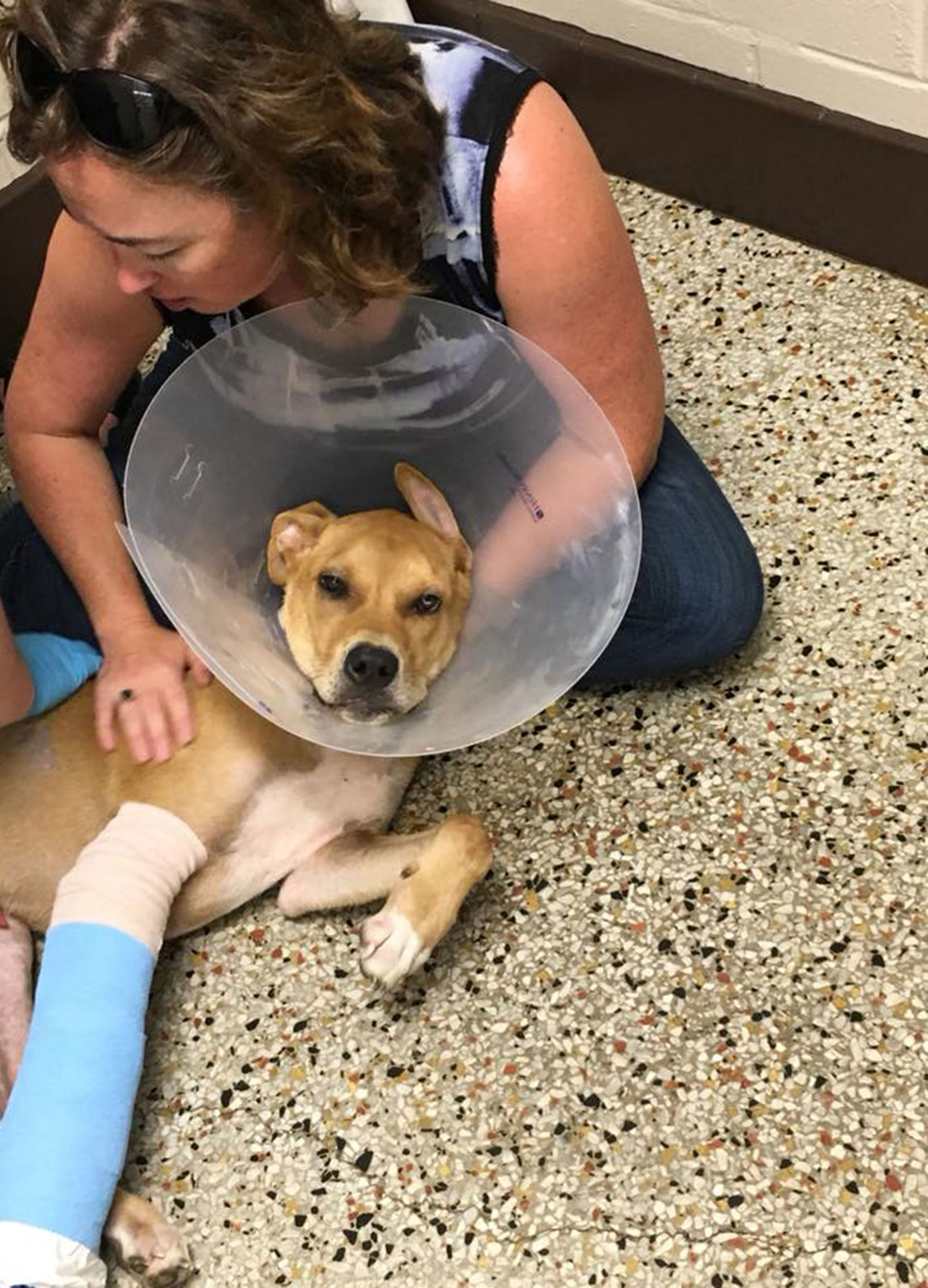 Now, Columbo lives in the north with Shaw full-time, enjoying his new life on the Good Samaritan’s horse farm. 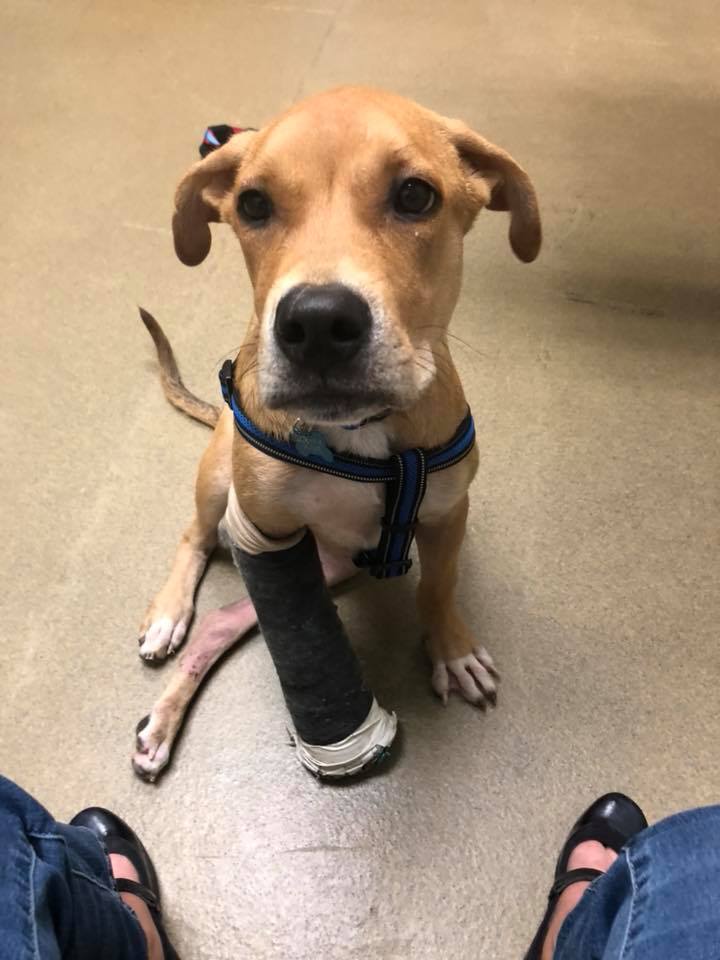