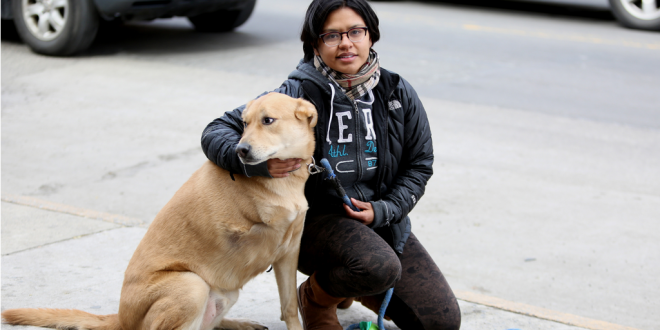 A dog with three legs named Charlie helped carry one military vet through hard times. Cristian Reinoso, a 27 year-old, used to be a nuclear engineer for 6 years in the Navy.

She grew up in Queens, had planned to attend Cornell University, but the memory of Sept. 11 changed her mind. She moved to Virginia at 17 and began the intensive military program, tasked with controlling the radioactivity of nuclear reactors for large aircraft carriers.

But as her time in the service came to a close in 2014, returning to everyday life gave her “a lot of anxiety,” she said.

“That was like my whole life and then to try to start something new and leave something that I’ve known for my whole adult life is really scary, ”said Reinoso.

Then, she met Charlie, a Labrador-German shepherd mix with a front leg that was deformed from an accident.

Reinoso adopted the pup and had his leg amputated.

When she returned to New York later that year, Reinoso’s depression and anxiety worsened. But Charlie’s “precarious situation” forced the Bronx resident to “snap out of it.”

“His leg was damaged and he was such a happy dog,” she said. “I couldn’t be depressed — how can this dog be so happy and give love to everybody?” 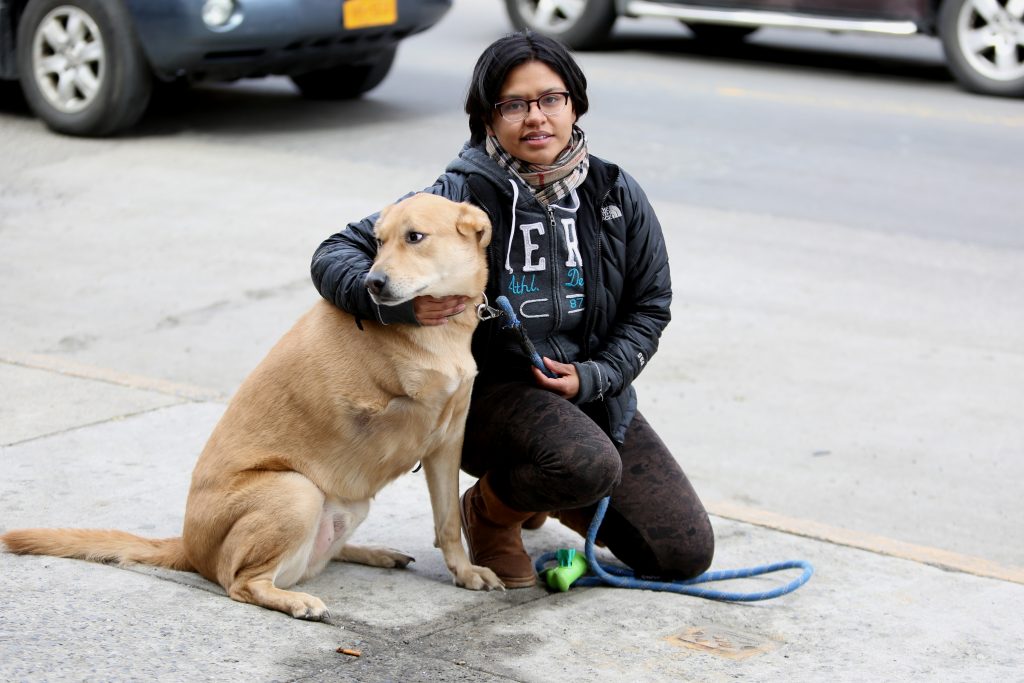 Today, Reinoso is in her third year at Columbia University, where she is majoring in psychology and archaeology and studying mental health issues.

“Sometimes you have a really hard time in your life . . . all you need is a helping hand,” Charlie was that support that I needed,” she said.

Don’t forget to share your thoughts with us in the comments.