Home / News & Cause / Stealing Of Pet Dogs Rises In Delhi 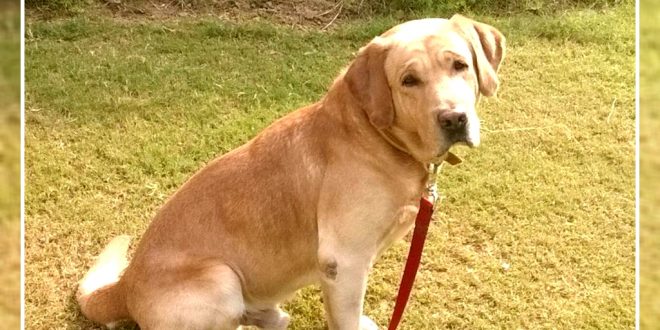 With pet dogs going missing so frequently in Delhi and NCR region, the people are becoming worried about the safety of their dogs. Everyone fears that their missing dog might have been stolen for illegal breeding in the puppy mills or even killed for meat.

A female Dalmatian belonging to Venu Rajamony, Press Secretary to the President of India, disappeared in April from Talkatora Road. The family posted about the missing pet on social media. They put up dog posters, approached the police and New Delhi Municipal Council (NDMC) for help. But the dog hasn’t been found yet.

“We were preparing to take our pet to the Netherlands when it went missing,” says Rajamony, who is moving to the Netherlands next month as India’s Ambassador. “I see only two possibilities: either someone has found it and kept it innocently not knowing what to do. The second is trafficking; many purebred dogs are used for illegal breeding. We mentioned in the posters that our pet is neutered.”

Illegal breeding might be the reason for missing dogs

Rajamony’s believes that pet dogs are being trafficked for illegal breeding. There have been numerous cases of dog theft and abduction in the past six months. Social media platforms and apps like Whatsapp are filled with photographs of missing dogs. Dog owners are ready to give rewards ranging from Rs.5000 to Rs.20, 000. Recently, a dog owner in Gurgaon was ready to give Rs.2, 00, 000 to anyone who offers information about their missing dog.

Last year in December, a female Beagle named Coco was allegedly taken from outside her owner’s house at Pusa Road in central Delhi. An unidentified was caught in CCTV pushing the dog into a car. Animal activists believe that these men are a part of gang of thieves that steal and snatch pet dogs from their owners and sell them to illegal breeders. A Beagle puppy cost around Rs.20, 000.

Similarly, In January, 2017, a 9 year old golden Labrador was snatched from a retired air force wing commander, while he was walking his dog.

Sonya Ghosh, an animal activist in Delhi believes that organized gangs of thieves are responsible for theft and kidnapping of dogs in Delhi and NCR. Areas such as Trilokpuri, Shadipur, Nizamuddin, Raangpuri Pahari and Sangam Vihar have many ‘puppy mills’ that perform cruel breeding practices. The puppies are kept in small and dirty cages. Many of these breeding centers are not registered with the Animal Welfare Board of India (AWBI) as mandated by the Animal Birth Control (Dogs) Rules, 2001.

“I have seen many expensive pedigree dogs in slums located in Trilokpuri and Rangpuri Parari. Recently, I saw a Neapolitan Mastiff in a Trilokpuri slum that costs about a lakh.  These are stolen dogs hidden and kept for breeding in these slums. The breeders use pedigree dogs and abandon them once they are past their breeding life span. We alerted the police many a time but they have done nothing against them,”said Ghosh.

Missing dog cases are not a priority for Police

Dependra Pathak, Special Commissioner of Police (Operations), says that police are sensitive to dog cases. However, there are other cases on priority.

“We do take such theft cases seriously. A theft is a theft, whether it is of dog or anything else. We go after any violator of the law. But yes, there are law priority and high priority cases,” he says.

Rick Green, an Australian expat in Gurgaon who was lucky to have found his missing pet, Rexy, after a social media campaign, says the Gurgaon Police’s attitude was objectionable.

“When I went to the police station to complain about my missing dog, the first question they asked me was if I had the licence to keep a pet. Eventually, I could find the pet because of the support I got from people in my housing society,” says Green, who gave a Rs.2-lakh cash reward to the girl who found his dog. “In Australia, the police are very sensitive to these issues. There is a separate squad to find missing dogs”.

What vice president of Friendicoes says

Geeta Seshamani, vice president, Friendicoes, a Delhi organization that works for animal welfare, says they get 2-3 cases of missing dogs every day.

“Unfortunately, there are many unscrupulous breeders who do not care about the breeding cycle or the health of dogs. This is the worst crime against animals. The illegal business needs to be stopped immediately,” said Geeta.

India has a great demand for pedigree dogs. This increase in demand shows a steep increase in the number of pets in Indian households. The numbers went from 7 million in 2009 to 12 million in 2014, says a report by Euromonitor, a London-based market researcher.

Geeta says that the time has come where every pet dog in India should be micro-chipped with ID card and registration should be done centrally.

“This will be of help in keeping a record of sale and purchase of dogs, stopping thefts and finding missing dogs,” she says.