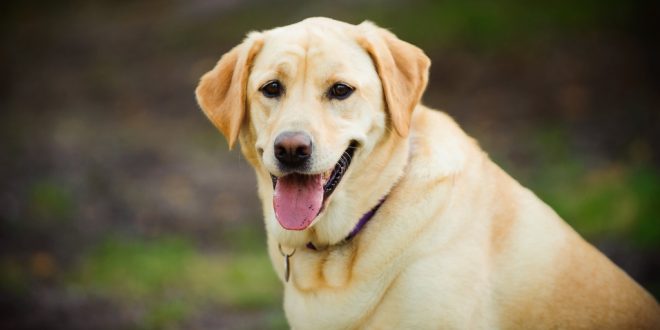 A sniffer dog named Dhoni, working with the Mohali district police for the last 10 years is going to retire on December 13. A formal farewell ceremony will be held by the Mohali police for Dhoni and for two other dogs, John and Preeti, who are also retiring on the same day.

After the retirement, Dhoni, a white Labrador and the other two dogs will be up for adoption. The adoption process will be done through a sale. All the three dogs have a reserve price of Rs. 800 each.

The in-charge of the dog squad, Amrik Singh, said that Dhoni joined the district police on February 10, 2007, and since then the dog had assisted them in many high-profile security operations, solving important cases and catching drug peddlers.

Dhoni was bought from Ahmednagar by the Police when he was just 3 months old. Dhoni was trained at Phillaur police academy.

“Dhoni used to assist us in checking at PCA stadium during the international matches. During the world cup semifinal in 2011 between India and Pakistan, when the Prime Ministers of both the countries came to the city, Dhoni was working with us,” Amrik Singh said.

Dhoni also played an important role during security operations in Zirakpur when Dera Sacha Sauda followers were escorted out of Mohali by the district police as they streamed out of Panchkula to go back to their homes in Punjab and Haryana in the aftermath of the violence in August this year. Dhoni was deployed during that process to sniff bags to check for explosives.

Amrik Singh said that Dhoni is fond of eating eggs and drinking milk. Dhoni drinks three liters of milk every day and eats 20 to 30 eggs per day in his three meals. He does not like chapatis.

“He likes to sleep six to seven hours a day. He sleeps in the daytime. He is a specialist in sniffing explosives. He is the quickest of the dogs we have when it comes to do any search operations. We are going to miss him. He has been a great asset for us,” he said.

Similar to Dhoni, Preeti is also a specialist in sniffing the explosives while John is a smell/scent specialist at murders and other crime spots.

As these amazing dogs get relieved of their duty and retire, we wish that they find a happy forever home with a loving family.