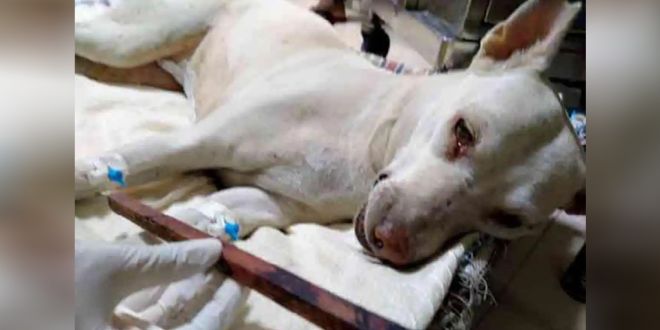 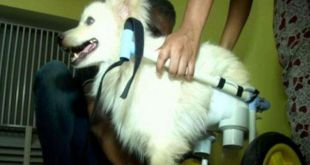 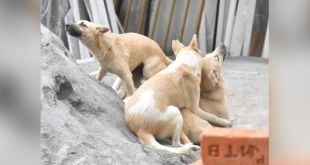 A female dog was brutally raped inside the posh Galleria shopping complex recently. The injured and bleeding dog was rushed to the animal care center of World For All (WFA) where an 11-inch wooden stick was recovered from its genital.

Activist Vijay Kishore Mohanani of Bombay Animal Rights (BAR) group, told TOI: “On October 22, some of the local animal feeders informed us that the dog, Noorie, was found severely injured inside Galleria. We suspect that some ‘psycho’ who either works inside Galleria or lives nearby brutalized this very friendly dog.”

Animal welfare officer, Geeten Dudani, who lodged an FIR against unknown persons at Powai police station under IPC section 377 and the sections under the Prevention of Cruelty to Animals Act, 1960, informed: “Noorie is at present stable after the critical surgery was done to remove the wooden stick put inside its private part. I suspect this may be the work of two or more persons near the parking bay of Galleria during night time. We have urged the police to also check all the CCTV footage of the shopping complex.”

The investigation officer at Powai police station informed that further inquiry is on to find the culprits.

Vivienne Choudhury of In Defense of Animals (IDA) and secretary of Young Environmentalists Programme Trust, said: “The criminals who committed this heinous crime if caught will be fined Rs 50 each and so they will go on to commit even worse crimes as this is no punishment at all. This type of person will slowly engage in violent crimes against humans as well. Plenty of official data proves this. If stringent punishments are put in place to effectively deal with these terrible crimes, society will also benefit.”

Powai based animal activist and feeder, Madhavi Desai, said: “We are praying that the rapists are caught soon, or else the other local dogs and even humans are not safe. The PCA Act of 1962 must also be strengthened so that such barbaric crimes on animals become a non-bailable offense.”

Mohanani of BAR added: “Two years ago, a city dog called Bindu was raped and killed in western suburbs of Mumbai. Now, we have the Noorie case. She is responding to the treatment; so we hope that someone can adapt it once she becomes okay.”